Home › True Words › To VE or not to VE: That is the Question for Top Custom Home Builders in Sonoma 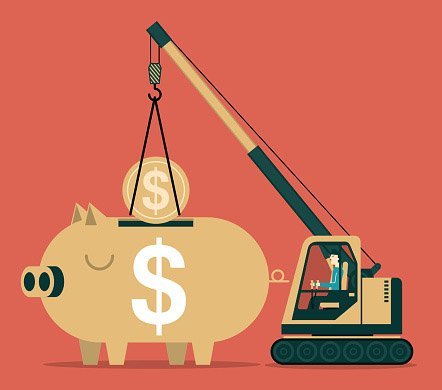 VE is the popular acronym for a complicated and controversial process called “Value Engineering”.  At its best, it is a systematic review of the plans and specifications by the building team to look for ways to reduce the project cost, typically by substituting one product or system for another. In a perfect world, one with no budgets and all-knowing design teams, VE would not be necessary.  In our world as a custom homebuilder in Sonoma County, VE usually occurs well into the project’s development when the budget is exceeded by the final bids.  The results can be anything from a blessing to a travesty.  Many architects rightfully view it with suspicion and dread.  To be fair, I will address the virtues and then the flaws of the VE process.

Benefits of Value Engineering in Sonoma

In the best cases, VE can reduce the initial cost of a project without harming functionality and operating cost.  The need for it often occurs when some members of the design team seem to have not fully understood the owner’s priorities.  If the owner is offered two solutions, having different benefits and costs, at times they will pick the less expensive one because the virtues of the expensive choice just aren’t worth the cost difference.  Fiberglass exhaust fans were specified for an oceanfront restaurant.  Stainless steel fans were available for 1/3 the cost.  Galvanized fans would have been even less, but last only a few years. Even if the fiberglass ones really lasted 3 times longer, as claimed, the owner would have an extra $20,000 tied up for 20 years and miss any technological advances (such as variable frequency drives which save energy) during that time. The choice was easy.

What You Need to Know

Unfortunately, not all VE has such a clear payback.  The tradeoffs need to be considered carefully.  Any substitution probably does not have all the qualities of the specified product.  The apparent savings may evaporate in operating costs, aesthetic drawbacks, or may even jeopardize code compliance.  If making the change requires re-drawing or re-calculating, the project could be “de-valued” for no net savings.  There is also a hidden risk for the builder; if the suggestion their team made does not perform, they may be held responsible, even if the original design would not have worked either.  This is not uncommon with HVAC systems, which are sources of many complaints, especially in commercial buildings.  Once the VE savings have been accepted, the builder owns the problem, or at least a share of it. Lawyers have made lucrative careers of litigating the unintended consequences of VE.

Additionally, owners and architects worry that they are not receiving a full credit for what they gave up.  They worry that some of the savings may have been syphoned off by the supplier, subcontractor, or the general contractor. Honestly, there is no way to prevent some shrinkage and inefficiency.  As mentioned above, VE changes to the project must be verified and documented by various parties.  Those proposing the VE are taking on added risk and may try to cover errors in their original bid.  Experienced engineers and estimators know the magnitude of savings the client of a custom homebuilder in Sonoma County can expect but the exact amount is debatable.

JMA – Your Custom Homebuilder in Sonoma

Perhaps we should think of VE like we do CPR. In the right circumstances, it may work, may leave some bruises, and may save the project — or may not.  The need for VE can best be avoided by clear information sharing, incremental progress budgets, and honest cost feedback along the way.