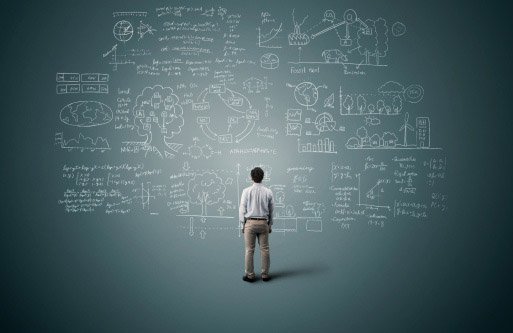 This somewhat pompous sounding title actually hints at a fundamental issue in construction as well as other commercial enterprises and relationships.  In its simplest terms, you usually find what you expect to find.  Another way of putting it is that disagreements frequently arise not from the facts but from different perceptions of those facts.  A major construction project is ripe for misunderstandings.  It is complex, only partly describable, and evolves over time.  Contractual relationships both reflect worldviews and reinforce them.

Here is a brief recap of the primary construction project delivery systems with a brief explanation and overview of the relationships they breed:

Design-Bid-Build (DBB is the common acronym, aka Fixed Price or Hard Bid) – Used widely on public projects and simpler private projects, the process is linear and adversarial, pitting the interests of the owner, design team, and contractors against each other.

Construction Manager at Risk (CMR) – This time, usually a construction company takes on the CM role with the added risk of controlling the project cost and quality.  To be most successful, this model requires trust between owner, design team, and the CM.

Design Build (D/B) – In this situation, the owner hires one company to play both major roles, putting all his eggs in one basket.  This makes one party responsible for the whole project from design to occupancy, avoiding finger pointing.

Time and Materials (T&M, aka Cost Plus) – This scenario gives the owner total freedom to change his mind and total responsibility for what that costs.  Relationships between owner, design team, and contractors tend to be quite relaxed unless the project cost wildly exceeds what the owner expected.

How can an owner choose the right contract?

As I said before, it depends on his/her worldview.  Basically, do they start from a premise of trust or distrust?  If it is distrust, the only rational choice is DBB.  I would call this the Walmart model – prices are low, quality is marginal, and service is limited.  At least the lines will be drawn clearly.  It guarantees the lowest starting price of those invited to bid, but it also attracts those who distrust:  architects and contractors who are used to fighting each other and the owner to reach their ego and financial goals.  Those other than the owner will have both experience and a lot at stake in the disputes that are sure to develop. Even if the owner is fairly sophisticated, they should expect some acrimony.  At times, it seems the only ones who prosper are the experts called in after the fact to determine who’s at fault.  (Note that they only work T&M.)

For someone more optimistic about human nature, the other options offer more latitude for healthy relationships.

CMR affords the owner a more detailed view of internal relationships and costs.  Its value to the owner depends on the CM’s authority over and ability to manage the pre-construction process.  Many contractors doing CMR perform very little trade work with their own crews, subcontracting all work except overall management.  Others are full-service general contractors that prefer to avoid DBB.

D/B (I don’t know why there is a “/” in there, but there always is) is most widely accepted in two very different markets:  industrial process construction and semi-custom projects.  The first works well for the owner because performance can be measured and responsibility is clear.  The second case works because it is less expensive than full design services and strict specifications.  Most D/B residential builders work within a particular style and repeat details they have mastered.

T&M obviously requires the most trust, so selecting your partners wisely is of utmost performance.  It is not widely known that T&M is illegal in California for residential remodeling, probably because of the perception that predatory, transient contractors would take advantage of innocent homeowners.   It’s a law that many ignore.  T&M is ideal when time and quality outweigh cost.

Which is best?  It depends…