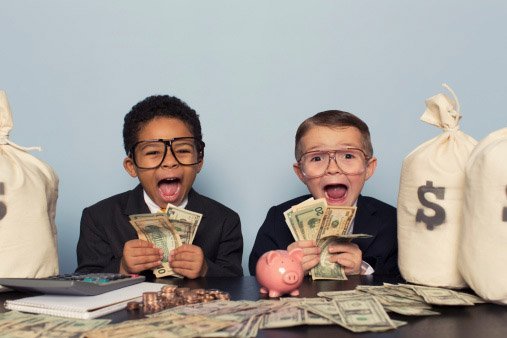 The allowances I’m referring to are placeholders in estimates for Items that have not yet been selected.  They can appear in budgets or in contracts until the exact scope can be agreed upon.  In some ways, they are a blessing to getting a project going, but they can also put a curse on a relationship.

First off, what aren’t they?  They are not carefully quantified and measured estimates of anything.  They are usually fairly reasonable guesses of the price for things not-yet defined.  The accuracy of those guesses depends on a number of hard to measure variables; the scope, the quality, and the quantity.

The conversation, either out loud or in someone’s head goes something like this: “We need a roof; I think it will probably be some kind of metal, I remember another project where its roof cost $XX/square foot.  That should cover it.”  This could come from a member of the design team or the construction team.  It might be a better practice for a custom home builder in Sonoma to include a probable range, ie: “The included allowance for appliances is $25,000.  The recent range for similar projects is $20,000 to $40,000.”  Even the upper limit can be obliterated by one spectacular stove or refrigerator.

Understand What Is Included (Or Not)

The first area that cries out for clarification is: what is included and what is excluded from the number.  For example, it could be a material only allowance, or include materials and labor.  Beyond that, shipping, handling, profit, even delay costs can come into play.  It is incumbent on the professionals (both design and construction), not the owner, to clarify those issues.  They have seen the confusion before and can explain what is normal.  Also in the flooring category, an all-in carpet budget unit price covers labor, materials, padding, tax, markup, and waste.  By contrast, carpet allowances in a contract are sometimes expressed as a unit price for material only, ($xx/yard) with the labor, pad, and profit assumed to be elsewhere in the bid.  Even measuring quantity can lead to confusion and tension.  In the flooring trade, $/yd refers to the amount of carpet they need to buy to complete the project, not the net measured in-place area.  They need to consider the difference between the size of the room and the standard widths they can buy.  Nap and pattern matching are other variables to consider.  So, even the yardage needed is not known until the product is selected.

Most people will tell you that allowances are notoriously low.  Quite a few factors play into that very-real tendency.  First, there is a human tendency to avoid conflict, particularly when it causes premature sticker shock trauma.  That incentivizes both designer and builder to plug in a low allowance.  Second, ubiquitous Internet pricing misleads people on the full, delivered, installed cost of something.  The infamous “fine print” is typically hidden on a page someone may never find on a website.  Lastly, people often hope that the allowance will cover more than was envisioned originally.  Since the allowance may be vague, scope creep can set in.

The bottom line is that allowances are useful but imperfect approximations for owners and custom home builders in Sonoma.  If you recognize their limitations and have reasonable expectations, they can be your friend.